Alcohol Detox and Addiction Treatment in Indianapolis, IN

Most adults consume alcohol from time to time. Over 55% of Americans aged 26 or older drink alcohol in a given month. And 1 in 4 adults in the same age group engage in binge drinking, a survey shows.
But, when drinking becomes an excessive alcohol addiction habit that threatens the person’s health and ability to work and impairs their judgment, that’s when drinking becomes a problem. Alcohol misuse is linked to countless health, financial, and social consequences.

Here is a more detailed overview of the adverse reactions from alcohol use and signs of alcohol abuse. Including some practical information that may help you shed some light on this highly prevalent habit. Alcohol detox and addiction treatment in Indiana is available with Addiction Rehab Centers. 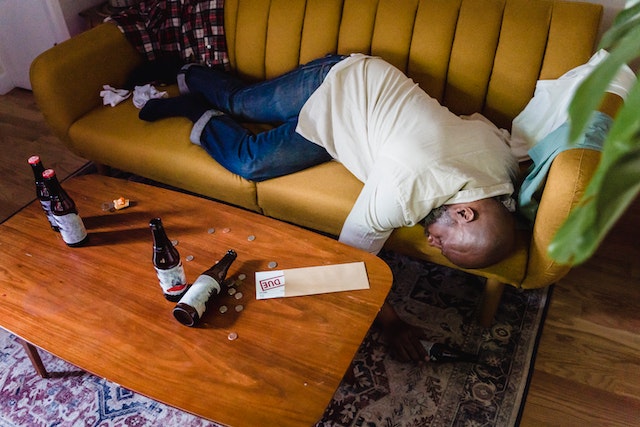 Since alcohol is so common, it’s difficult to differentiate between casual use and alcohol misuse. Some drinking patterns don’t pose a serious health risk. Others do, and they can have notable health consequences. The different drinking patterns include:

So, they keep drinking to relieve mood swings, tremors, insomnia, and other symptoms. Alcohol abuse is characterized by excessive and extreme alcohol use. Even if this drinking habit is causing plenty of problems in the person’s life, like social, health, or legal issues, that person keeps drinking.

To understand the alcohol side effects, it’s critical to know how soon the alcohol will reach the bloodstream. After the drink is swallowed, 80% of it travels through the small intestine and 20% through the stomach. Its effects can be felt in 5-10 min after consumption.

Alcohol often is at its peak in 30 to 90 minutes. These side effects will vary based on how much alcohol you’ve consumed. The higher the amount, the bigger the impact. The physical effects of low drinking include:

Moderate drinking has a more profound impact, often resulting in:

Heavy drinking is known for being very harmful and causing a notable physical impact and side effects. The larger the quantity, the more dangerous the impact. These alcohol side effects can include:

If a person continues to drink heavily, they can be at high risk of experiencing alcohol poisoning (also known as alcohol overdose). Roughly 6 people lose their life a day across the United States due to alcohol poisoning. Most of these deaths are among 35- to 64-year-olds.

There is also a close link between alcohol abuse and infertility. Heavy drinking can force a man’s sex drive to plummet. It could also impair sperm quality and make it harder to conceive. Alcohol has a negative effect on women’s reproductive health as well. These can all be avoided with alcohol addiction treatment in Indiana. Addiction Rehab Centers in Indianapolis, IN can help you reach the new life you want to achieve. Addiction Rehab Centers provides outstanding medical detox for alcohol and addiction treatment.

You have options. Talk about them with an alcohol addiction treatment in Indiana provider today.

The psychological ramifications of alcohol misuse and abuse can be serious. But, their effect on the brain will vary based on the frequency and quantity of consumption. Including the person’s health state, age, and genetic background.

The psychological short-term side effects can include:

The psychological long-term side effects can include:

Although there isn’t an exact formula that can help you pinpoint if someone is addicted to alcohol, there are some warning signs that can help you spot the problem. For example, a person’s behavior can indicate alcohol abuse. Individuals alcohol addiction typically display some of the following signs:

If you recognize any of these symptoms, it’s important to seek expert help. With adequate alcohol treatment, users can keep the negative consequences of alcohol at bay. They can obtain the necessary tools and coping mechanisms to remain sober.

Excessive alcohol use can trigger profound health risks. Such as alcohol addiction, depression, overdose, and organ damage. Alcohol and liver damage are serious health risks. Alcohol alters the chemicals that remove and break down scar tissue. This means the organ has trouble functioning properly and can fail.

Drinking 2 or 3 alcoholic beverages a day can harm your liver. While binge drinking can trigger notable liver damage. If you or anyone in your family is struggling with alcohol abuse, talk to a specialist. Now that you know the symptoms of drinking too much alcohol, you can act and work on achieving sober living. With expert help, you can get back on track and give your body the rest it deserves.

Inpatient rehab is most suitable for patients with severe alcoholism or drug addiction. These alcohol rehab programs
provide medical supervision and regular therapies that help patients improve their physical and mental health and wellbeing. A well controlled alcohol detox in Indianapolis, IN can be your start to a great life.